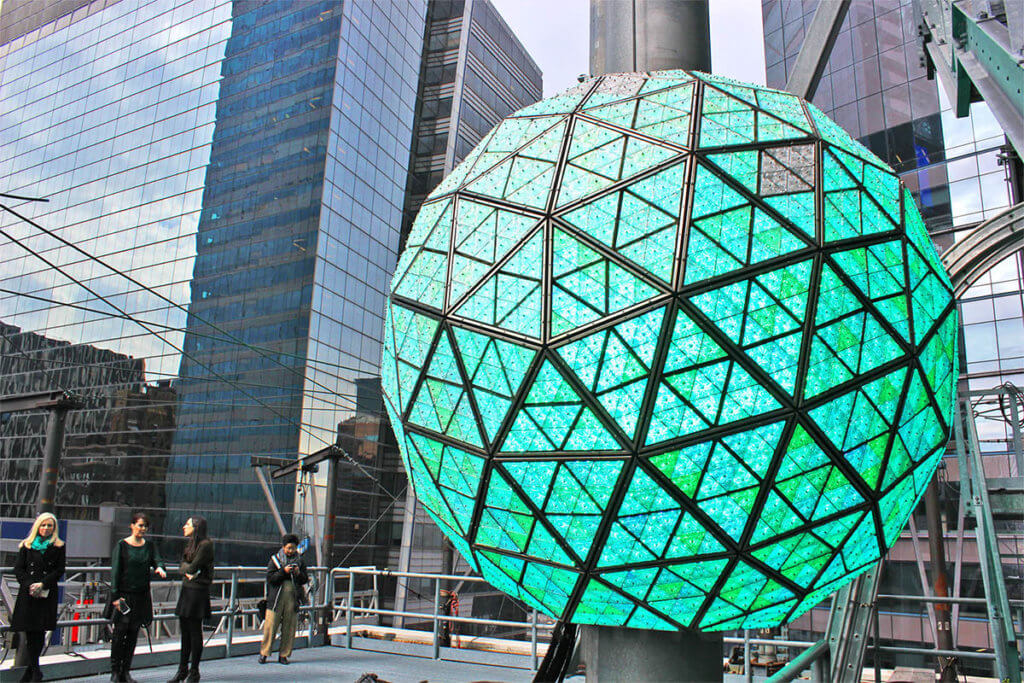 The Regatta Hotel in Queensland contacted us to create an event inflatable that was a replica of the famous New York City Times Square New Year’s Eve ball for an event they were having at the hotel on New Years Eve.

The Times Square ball drop started in 1907 and draws millions of celebrators in person and through webcasts and televised specials. The ball drop is considered the highlight of News Year’s Eve celebrations in America and counts down the final minute in the old year. It is a very well known aspect of New Years Eve celebrations.

We were creating an event inflatable version of an icon for an iconic location! We could not wait to get started and help make the New Year’s Eve party at The Regatta one to remember for years to come.

The Regatta Hotel was hosting a New Year’s Eve party with a New York theme. What could be better than a New York Times ball to drop a midnight? We agreed that it was a wonderful way to add excitement to their event.

We have created designs for event inflatables based on products, such as boxes or bottles, mascots and even logos. But this was the first time we were attempting to replicate such a recognisable and large item.

Usually we are scaling up, but this time we had to scale our design down from the original inspiration to be able to actually fit inside the venue. However - regardless of scale, it was going to make a big impact at midnight.

The original Time Square ball was made of iron and wood and is 3.7 meters in diameter and weighs 5,386 kg. Replicating that was a tall order, but we knew we could create something special that captured the spirit and festivity of the Times Square Ball. This is where custom inflatables are the perfect solution as for a limited budget, a similar effect and impact can be achieved.

Our art team worked with the Regatta Hotel event planners to define the requirements and fine tune the design. Together we decided on a ball that would be 1m in diameter as that would be a manageable size in their venue. To maintain the authenticity of the design and look of the ball, we suggested that the client went for an internal blower in the unit. This means that there would be no external pipes coming out of the unit, and it would better represent the original Times Square Ball.

Also, like the original New York Times ball, the event inflatable version would be lit from within by colour changing LED lights that can be adjusted with a remote control.

The client would be able to adjust the colour and lighting effects to match the hour of the day, the music, the decor, or whatever they could dream up.

A Simple Design With Stunning Results

A sphere is a straight forward design for an inflatable - as that’s the shape that all inflatables want to take anyway. However, the key to having a high impact result was in the details. We knew that our manufacturing team was up for the challenge. As soon as the client signed off on the artwork, we got started creating!

The event inflatable was printed with crisp lines replicating the frames on the original ball. The LED lights and blowers were placed inside the ball. There is a zipper access to allow for maintenance. The final event inflatable was elegant in design and closely resembled the New York Times Square New Year’s Eve Ball.

The event inflatable was delivered to Queensland on time. Event planners plugged it in and it was ready to go in 2-3 minutes. The client was very happy with the result, especially the ability to change the lighting throughout the event. They could even project different lighting patterns using the remote control.

The party was a huge success and all who attended agreed that the countdown ball added to the excitement of the evening.  We were proud that we were able to bring a piece of New York to Queensland for this very special event.

Are you planning an event that you want to be extra special? Do you have an idea for a decoration, but are just not sure how to create it? Our experts would love to hear your ideas and help create the inflatable needed to ensure a memorable, unique experience for your event goers. Give us a call today.