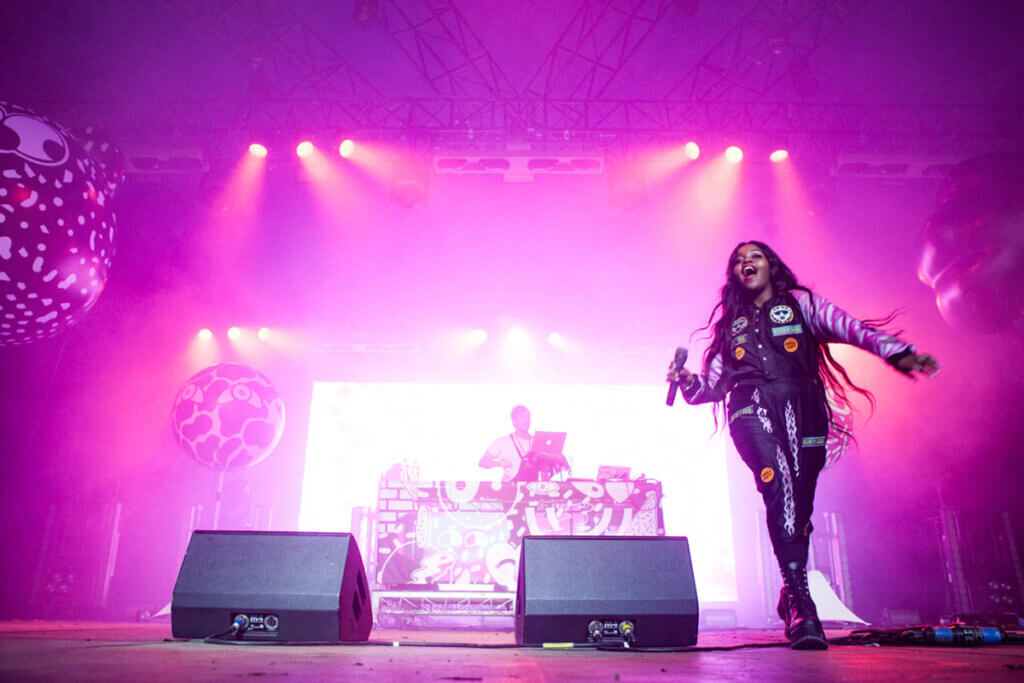 What was the last concert you went to? Given the pandemic, it might have been quite a while ago, but do you remember how ace it made you feel? Being around all that energy and all these people who share this random passion with you?

Obviously, the performers are the main reason you go out to a show, but have you ever imagined what a set would be like if there was no effort put into the lighting? An uninspired wardrobe? No set decoration? Most people would probably demand their money back! Live music is a fantastic experience, but it wouldn’t be half as meaningful if people behind the scenes slacked off on setting up an energetic and lively environment for it to take place in as well.

On This Page:
1 Adding a Little Something Special
2 Creative Solutions
3 Standing Out from the Crowd
4 Mic Check 1, 2

Adding a Little Something Special

5/4 Entertainment contacted Inflatable Anything about creating custom giant inflatable props for the annual Splendour in the Grass music festival in North Byron Parklands, and we could not wait to get started! Here at Inflatable Anything, one of the jobs we love most is helping put that little extra oomph in a live set!

Zimbabwean-born Australian singer and rapper Tkay Maidza was set to perform alongside acts such as Wolf Alice, Death Cab for Cutie, Tame Impala, and Mark Ronson, but the stage behind her just needed a little something to spruce it up and really knock her set right out of the park. We were on the job!

Maidza’s staging had a theme, and they really wanted us to produce giant inflatable props that would go along with it. We closely consulted with their graphic designers over a series of phone calls and emails, and after a lengthy back-and-forth of approving artwork, looking over designs, and making sure they would even be compatible as giant inflatable props, the client finally approved 4 custom designs to be digitally printed on a durable fabric.

The main thing they needed our help with, though, was figuring out how to incorporate them on the stage. With the size of these giant inflatable props, the client knew they would most likely look best if they were suspended in the air, but therein lies another problem. If Splendour in the Grass was simply one act, it would be perfectly acceptable to anchor them from the roof of the aluminium stage. However, the Australian singer was set to perform on day 1 of a 3-day festival, and they needed to be able to be easily installed before and quickly moved after she was through with her set.

To solve this pressing conundrum, we provided metal stands that were sturdy enough to hold the giant inflatable props up, effortless to install, and easy to maintain. The best thing about them, though, was that the inflatables could be easily swapped out with different ones and the whole prop could be reused for future events.

Standing Out from the Crowd

Since the client really wanted these little guys to stand out during the up-and-coming singer’s performance, they also requested that each giant inflatable prop contain LED lights inside of them that could change between different colours during the set. The larger inflatables stood at 4.8 meters, stand included, with a diameter of 2.5 meters. On the other hand, the smaller props stood at 2.4 meters, with a diameter of 1.2 meters. With the sizes of these giant inflatable props, this was quite the easy task to add a bit more magic to opening night of the festival!

To reduce congestion on stage, instead of our standard, somewhat-clunky external blower that has to be constantly going to keep our inflatables afloat, we also included an internal blower.

This particular project had a tight deadline, but we worked tirelessly to make sure Maidza had a fun, attractive space in which to delight her fans. Following the success of the festival, we were contacted by 5/4 Entertainment and told how stoked they were about just how well the giant inflatable props worked for this staging.

Here at Inflatable Anything, our slogan is ‘We Bring Your Ideas to Life,’ and we really strive to live up to that promise every single day. If you give us the chance, we will work our little fingers to the bone to make sure our product delivers on every wish you have to take your event to the next level and beyond.

What can we create for you today?