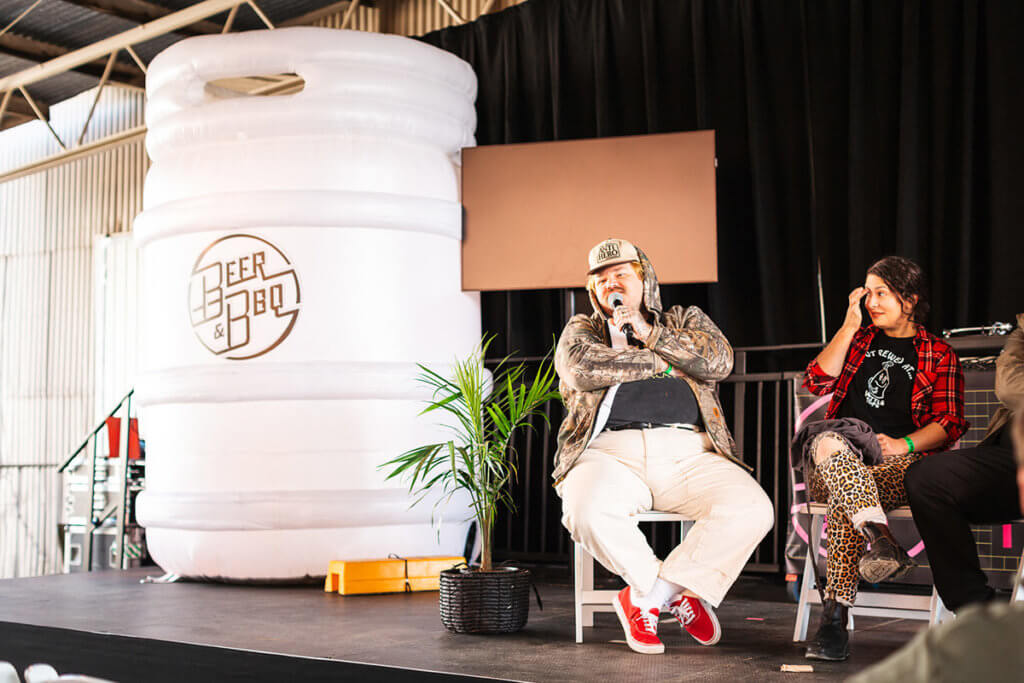 If you’ve been to a festival in Adelaide, chances are it was organised by General Admission Entertainment - FOMO Festival. Groovin’ the Moo. Beer & BBQ Festival. We were approached by General Admission Entertainment to create a custom inflatable for events, searching for innovative ways to promote their events. They had a specific idea in mind; beer keg replicas! Our team loved this challenge and knew we could do it, having done many replica beer cans, beer bottles, champagne bottles and even Nutella jars.

On This Page:
1 The Keg Concept Creation
2 From Design To Real Life
3 A Lively Beer & BBQ Festival
4 Need a Custom Inflatable for Events?

As every inflatable is bespoke, it’s imperative we take our time to understand the brief and their idea inside and out so the final product exceeds their expectations. The client wanted the kegs to be as realistic as possible, focusing on the shape and colour. They were going to be used on either side of the stages at an upcoming Beer & BBQ Festival.

To leave a long-lasting impact on the audience, a custom inflatable for events needs to be big enough to gain their attention. For the beer keg replicas, we suggested for them to be around 2.5m tall, with the width kept to proportion of the height, in line with a real beer keg. Another stand out feature which was added to the design was to have internal LED lights fitted, meaning they would stand out when being used in low light settings, and become beacons in the night!

Included in the design was the provision for internal blowers; this gave the client a quick and easy set up. Metal D rings were also included as standard, so when set up at great heights or outdoors, it could be securely anchored. The client was thrilled with the concept, and we continued our enthusiasm into creating the 3D drawings of the kegs.

From Design To Real Life

Our team brought the design to life using 3D CAD software, adding in the details you would see from a real life keg. The handles and lid were included, as well as the ribbing around the belly of the keg. All these details working together to elevate the design and add a sense of realism, which the client was thrilled about.

From here it was the production team that really brought the design to life; printing, cutting, and sewing all the components together to create these two amazing beer keg replicas. The inflatable kegs took 2-3 weeks to produce, then we performed all our quality control and testing procedures.

Passing with flying colours, the kegs were sent to Adelaide, Australia ready to be set up for their first event at the Beer & BBQ Festival.

We had such wonderful feedback from the client once they received their beer keg replicas, not only were they overjoyed at the appearance of the kegs, the ease of set up (only taking 10 mins!) and a wonderful addition they made to the festival. Other than the Beer & BBQ Festival, the kegs have also been the client’s favourite to use on a stage, on a rooftop at field days, and in many other events.

Need a Custom Inflatable for Events?

Inflatable Anything are experts when it comes to creating a custom inflatable for events. We love discovering new ideas and concepts in the initial conversation stages, as it opens up a whole world of possibilities. If you’re looking for a team who not only have years of experience, but have the same energy and excitement in bringing your events to life,  contact us today!